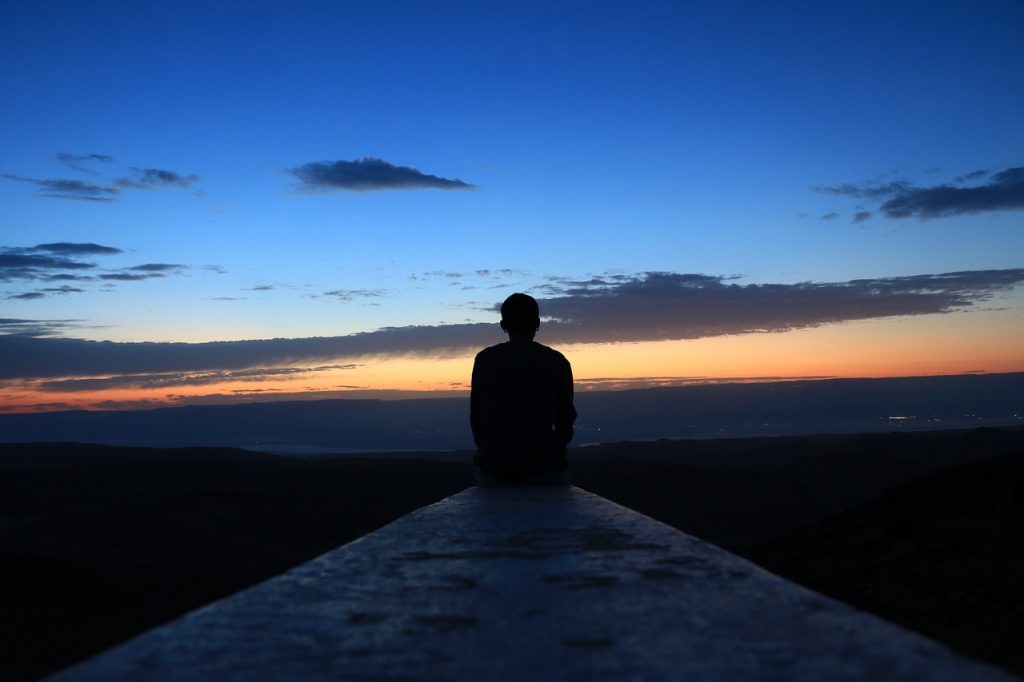 Surrender is such a far-reaching term. I mean, it could refer to a vanquished combatant laying down his arms in front of his victor, or it could refer to a person sitting in the lotus position trying to let go of their bullshit while listening to ambient music.

In terms of psychological well-being, surrender is more often associated with the latter than the former. It’s more “letting go” than “giving up,” but even that level of description is a bit opaque. Yes, the waters of surrender are murky, and it can lead many to throw up their arms and “give up” on the idea of surrender altogether (see what I did there?).

For as misunderstood as the term “surrender” is, it’s also (in this anxiety superheroes experience) overused. This may be due to my history with sobriety programs, or just my general frustration with things that tend to go under explained, but when people suggest that we surrender when faced with a source of frustration, anxiety, or depression, I find my eyes starting to roll. It’s a nice thought, but what does it really mean?

But First, The Brutal Reality

a) We have absolutely zero control over 99.999999999% of the things that happen in the world. No control over global pandemics; no control over who posts what on Facebook; and no control over our desk-mate Karen, who decides that wearing a mask somehow infringes on her individual freedom, and so she continues to mouth-breathe all over our instant ramen.

b) Because math, that means we DO have control over 0.0000000001% of what happens in the world. What exactly is it that is within our control? Well, it boils down to our actions and our behaviors. In a nutshell, it’s our “free will” response to outside stimulus.

It’s important here to make a distinction between control and influence. Control implies that the actions of people or things within our world happen as a direct result of our will and direction. To believe that we as individuals have control over anything aside from our own actions and behaviors would either directly defy the laws of physics, imply that we are gods, or both.

Now, I know that some of us think we are gods. I’m not talking to them. I’m talking to the mortals here. Gods, you can just go about your business thinking you’re omnipotent and stuff. See how that works out for you.

Contrast control with influence, which implies that our actions inspire people or things to use their free will to behave or act a certain way. If you can see the difference between these two definitions, you can see how attempting to control people or situations can lead to tremendous frustration and anxiety. Yet influencing people through our own actions can be a superpower.

Does this mean that we can’t advocate for the things we believe in? Should we just give up on people we disagree with? Should we just be cynical about everything because the world has gone to hell, and we have no control over it? Absolutely not. In fact, it’s the opposite. Because these are all things that exist in the realm of influence. Our actions and behaviors have the power to nudge the world in the right direction, even if not right now, it’s still a nudge as opposed to just demanding that other people change their actions and behaviors by sheer force of will.

So, What About Surrender?

You may be thinking, “but I can’t help thinking about things outside of my control! I feel so helpless, so frustrated, so fearful!”

I get it. It’s normal for our minds to be drawn to these things. I mean, since 99% of the world is outside of our control, it’s nearly impossible to not get drawn into those things. Letting go of the things that are outside of our control doesn’t mean that we don’t care about them, it’s simply an acknowledgement and acceptance of the world as it is right now, and a willingness to change ourselves for the better. It’s a practice.

Just like exercise, extreme acceptance, letting go, or surrender (or whatever you want to call it) is a muscle that has to be built over time.

In my 20+ years of experiencing anxiety – from panic attacks, paralyzing fear, obsessive behaviors, etc. – I have always struggled with the idea of surrender. What the hell does it actually mean to “let go?” If I could just let go of my fears and anxieties, don’t you think I would have done that already?

The truth is, like a gravitational force, my ego was drawn to the things that were outside of my control because I was constantly afraid of negative outcomes. I would stop at nothing to avoid the hurt, humiliation, anger, fear, and demoralization of negative outcomes. Thus I obsessed about everything that was outside of my control, and was quick to resent the world if it didn’t adhere to my predefined set of rules and expectations.

How did it work out for me? Not well.

Combined with the general over-activity and irrationality of my mind, it was a perfect storm of anxiety.

Especially now, as the world is faced with an unprecedented amount of uncertainty – a global pandemic, economic turmoil, injustice, and civil unrest – surrendering the things that are outside of our control is more difficult than ever, but just as necessary, if not more so. Our compassion and humanity are at stake, not to mention our inner peace.

Fortunately, there are resources that can help us to better understand how we surrender and find greater serenity.

Michael Singer wrote an incredible book called The Surrender Experiment, which helped me to gain a better understanding of surrender and how to better use it to bring greater peace, freedom, and compassion to our world. In it, Singer recounts how, upon experiencing a spiritual awakening, he begins to practice letting go of all of his personal desires and live in the world that unfolded before him. Sometimes that world unfolded tragically for Singer, and sometimes it unfolded beautifully. But through his extreme acceptance he maintains a peace and freedom many people dream of. If you struggle with the concept of surrender, I highly recommend checking this book out, and even purchasing his program, Living from a Place of Surrender found here. It’s a very worthwhile course to help gain inner peace regardless of the circumstances you may be experiencing.

From The Surrender Experiment:

“I could see that the practice of surrender was actually done in two, very distinct steps: first, you let go of the personal reactions of like and dislike that form inside your mind and heart; and second, with the resultant sense of clarity, you simply look to see what is being asked of you by the situation unfolding in front of you.” – Michael Singer, The Surrender Experiment

The process of surrender is to big to sum up in one blog post, so I really suggest you purchase and read the book, but this quote sums up the simple (again, not easy) steps to surrender, and the enlightenment that can come from it. It is something that takes discipline, because being caught up in our own desires, likes, and dislikes can begin to close our minds when unchecked.

During meditation, we can practice surrender by allowing our thoughts to rise to the surface and simply observe them, as if we were watching them from the outside, without judgement. At that point, we can acknowledge those thoughts and practice disassociating our personal feelings toward those thoughts. Then we can let them go.

I’m a big fan of taking frequent inventories of my psychology. When I’m trying to create a habit, such as practicing letting go/surrendering, I’ll often set an alarm for five times out of the day to take about five minutes to ask myself that same question. “What am I obsessing about that is outside of my control, and what should I be focusing on that is within my control?” I attempt to reframe my thoughts toward the actions and behaviors I can control that will create a positive influence. Sometimes a subtle reminder goes a long way in learning where we’re subconsciously sabotaging ourselves.

Letting go of our personal likes and dislikes does not mean we have to become unfeeling, cold hearted people in order to surrender. On the contrary, freeing ourselves from the shackles of our preconditioned likes and dislikes actually opens our hearts to greater compassion, inner peace, and joy. It allows for meaningful conversations to happen where meaningful solutions take place. It also destroys our anxiety because we free ourselves from our ego. We will no longer be weighed down by our personal preferences of how the world needs to be for us to be happy. We will find our place in the world as it unfolds before us. We will find joy, adventure, and peace in the unexpected.

It is also a practice that is far from perfect. Don’t be hard on yourself if you fail at times to achieve it. As long as we focus on continuing to grow, and acknowledge that we are attempting to only control the 0.0000000001% of things that we can control, we can positively influence the 99.999999999% that we can’t control. That is the superpower of surrender.

There is plenty of evidence that suggests that exercise helps with anxiety and depression, but as with everything, the devil is in the details. Without structure, purpose, and a plan, performing intense workouts can actually increase anxiety because of the amount of stress being put on the body. Instead, try performing a majority of easy,… 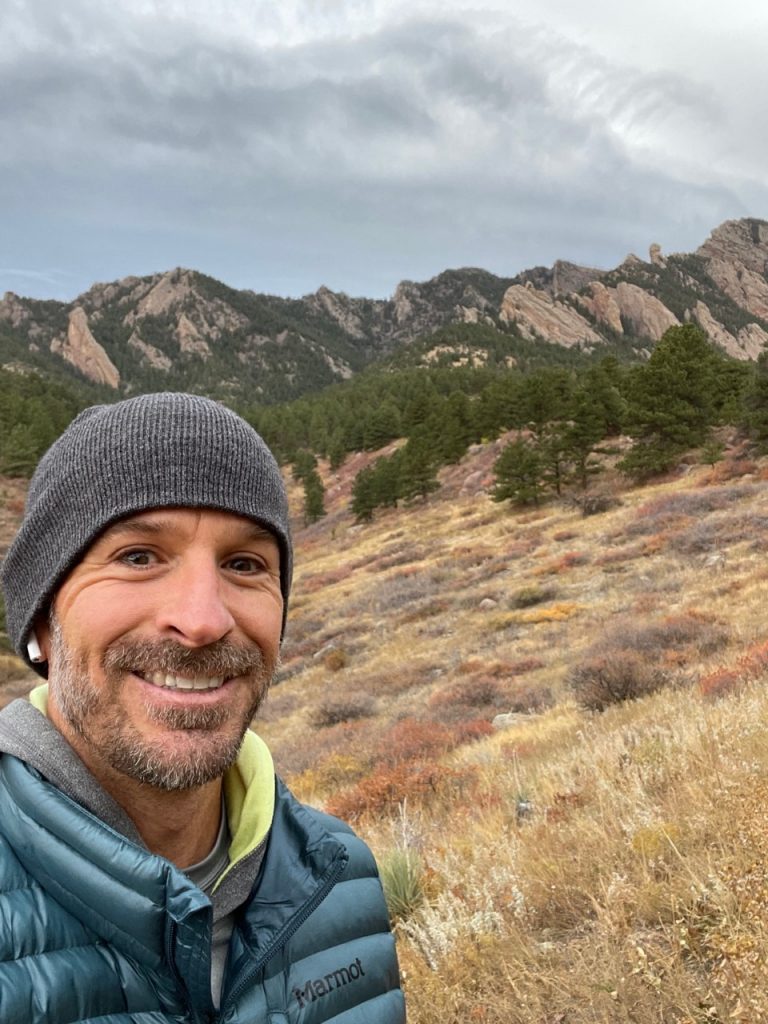 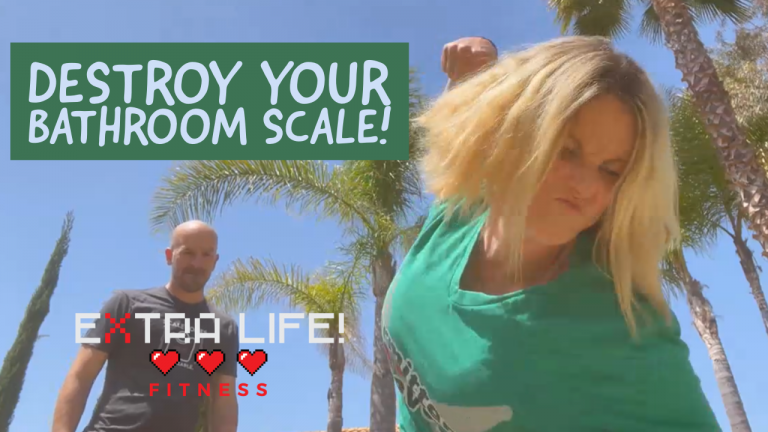 It’s no secret that I am not a fan of diet culture. It’s the “cancel culture” of the food world, and it’s killing us. The idea of tying our success with health and fitness to how much pressure our bodies apply to the earth below us is just insane. It’s not to say that tracking… 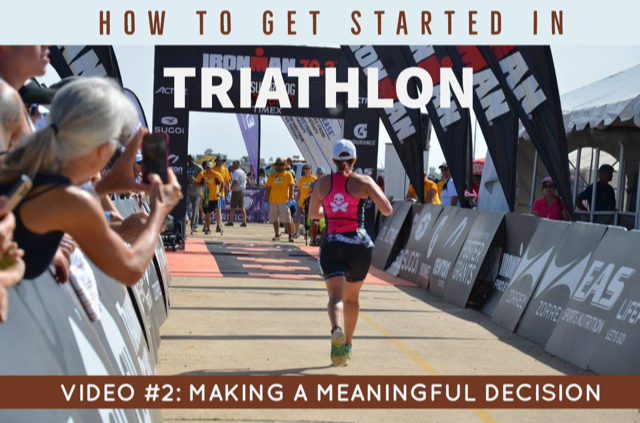 Success in any venture requires persistence, even when things get hard. The quality of the initial decision to start that venture will determine the probability of success. A hasty decision that is made on a whim, and is not backed with a compelling purpose, puts us at risk of giving up the minute it gets…

I have seen so many posts on social media telling people to “get over your fear,” “stop being afraid,” or “let the fearful do their thing, I’ll do me.” It makes me cringe. So, I thought I’d share the one simple secret to getting over fear so we can put an end to this once…

The second we wake up, we begin to frame how the day is going to go. For those of us who have anxiety, it’s an uphill battle. Our minds start racing, catastrophizing, working against us right as we hop out of bed. The good news is, there are tools we can use to frame a…